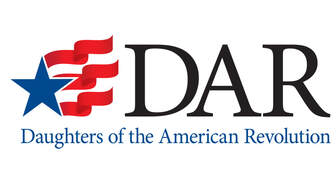 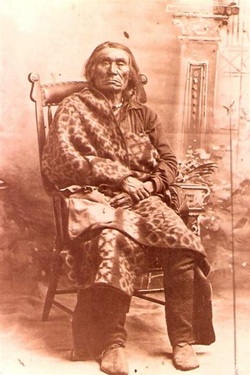 Chief Ignace Chapter was named for three Iroquois, adopted by the Salish  Kootenai, named IGNACE who traveled to northwest Montana as fur traders  living among the western tribes.  Petit Ignace and his son, Baptiste, returned to St. Louis in 1831.

They asked the Jesuit missionaries to return with them to Flathead Lake.  The Indians camped in the plains in the spring hoping to escort the Jesuits to this region, but they  did not come.  The Indians didn't comprehend the difference between a possibility and a promise.  In addition missionary endeavors were considered destructive to the fur trade.

When no priest appeared, Old Ignace (Ignatius Francis or Ignace La Mousse) returned to  the Jesuit Mission near St. Louis where he had worked for years before migrating westward and urged that missionaries be sent to Northwest  Montana.  His zeal so moved the bishop that he wrote the Jesuit Father in Rome begging that  "these souls not be abandoned."   Finally the first mass was  celebrated in the open air near Flathead Lake by Father DeSmet and he preached in English and French.

The content contained herein does not necessarily represent the position of the NSDAR. Hyperlinks to other sites are not the responsibility of the NSDAR, the state  organizations, or individual DAR chapters.
Powered by